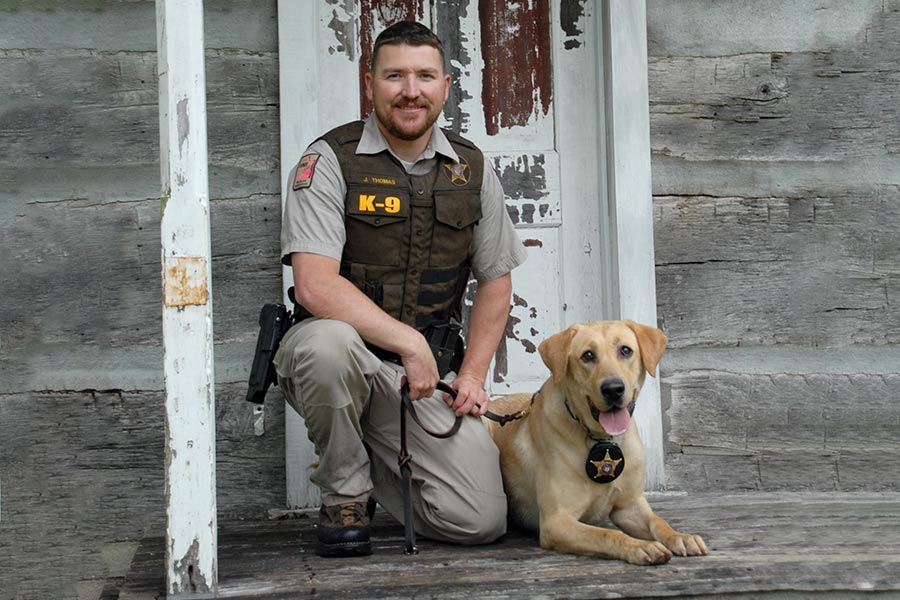 3 recent cases where DWR K-9 officers made the difference

When people think of Utah Division of Wildlife Resources conservation officers, K-9 officers may not be the first thing that comes to mind. But in fact, five of DWR's 55 field officers located throughout Utah serve as K-9 officers. 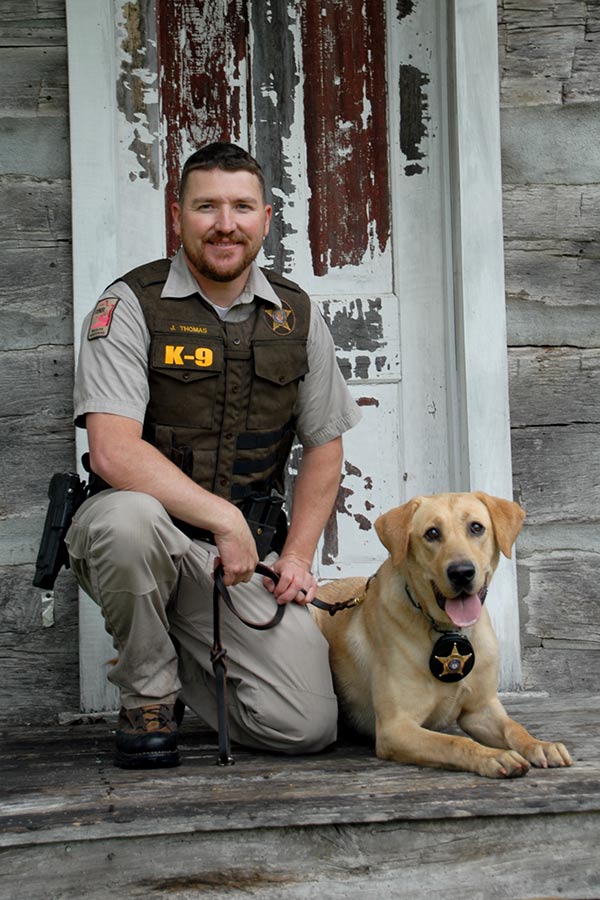 DWR briefly had a K-9 program in the early '90s but it was discontinued until 2016 when the Division got a new K-9 dog, Cody. Then, it was sadly cut short by Cody's cancer diagnosis and death. However, the program was revitalized in 2019 when two DWR officers underwent training with two new dogs. Since then, three more K-9 officers have been added to the program, and now the five K-9 dogs and their handlers are located in each of the five regions across the state:

"The DWR law enforcement K-9 team has become a very important part of our efforts to serve the people of Utah," DWR Capt. Chad Bettridge said. "Our dogs are trained in wildlife odor detection, which enhances our investigation into illegally taken animals. The dogs are also excellent trackers which has proven to be beneficial in search-and-rescue situations. The K-9 team has become a great tool both for our division, as well as with our neighboring agencies."

DWR K-9 officers are involved in a variety of different duties, including:

While the DWR K-9 officers always do good work, here are three recent cases of note:

Tracking down a poached deer in Utah County

Conservation officer James Thomas and Kip have worked together as the K-9 team in central Utah since 2020. In September 2021, they received a report of a suspicious dead 3×4 buck deer laying in a field in Utah County. Upon arrival, Officer Thomas located an obvious neck injury on the deer, consistent with being shot with a broadhead arrow. An arrow was located next to the deer as well. 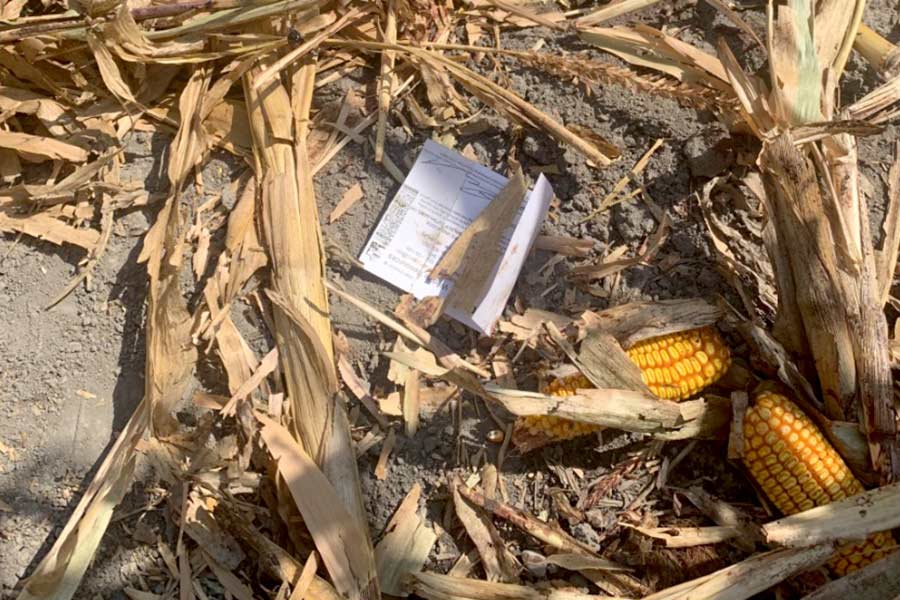 The property was owned by a private company and the security guard for the company had seen some individuals in two pickup trucks using a spotlight in the field the night before the deer was located. The individuals had been trespassing on the private property to hunt the deer.

Officer Thomas deployed K-9 Kip to look for additional evidence. K-9 Kip searched an adjacent cornfield with 6-foot cornstocks. K-9 Kip located a gut pile to a second deer along with a portion of the suspect's hunting permit. Without K-9 Kip, the identity of the suspect might not have been learned. 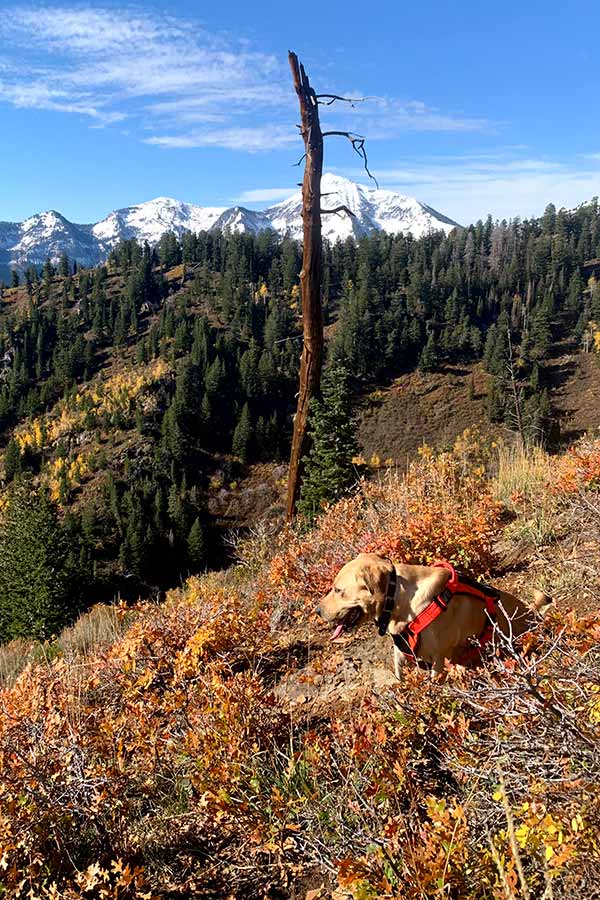 In September 2021, Thomas and K-9 Kip were called to help with another incident. A teenage boy with autism walked away from his home in Heber City. The local police department was contacted and the family and officers searched for the boy for almost an hour without locating him. Then Officer Thomas was called to help with the search.

Thomas got a few of the boy's belongings so that Kip could establish his scent to begin tracking him. Kip began to establish a track while the mother of the boy followed behind in her van. The dog went around the home and on a few roadways and then showed signs of wanting to go to the van. As the boy's sister watched K-9 Kip from the back window of the van, she looked down and found her brother laying on the floor in the cargo compartment of the van. He was in good condition.

"We are always happy when our dogs can be used to help people, and especially when there is a good outcome," Thomas said. "Our K-9s are extremely beneficial in these types of situations."

Conservation officer Justin Brimhall and Cooper have worked together as the K-9 team in southeastern Utah since May 2021. In the fall of 2021, they were contacted to assist another DWR conservation officer with a case. A man and his son were suspected of shooting a bull elk on a limited-entry hunting unit while using a youth any bull permit, which does not allow them to hunt the limited-entry unit. 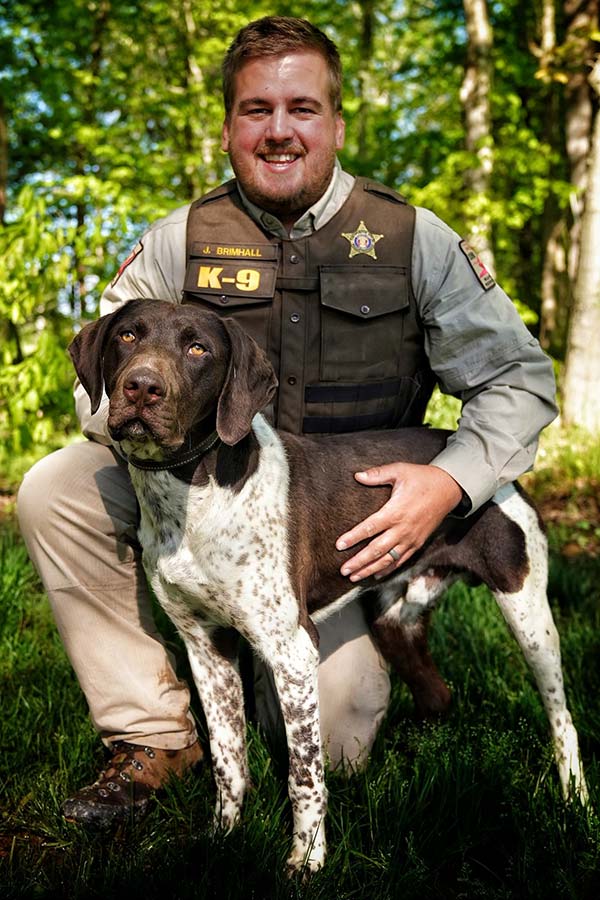 The conservation officer had an idea of where the elk carcass was, but was unable to locate it to use as evidence in the case. Brimhall and Cooper responded to the scene to look for the elk. They searched in the area for roughly an hour without locating anything. Then, they began searching a different section of the area and K-9 Cooper began to cross a gully and climbed a small hill. When Brimhall reached Cooper, he was sitting proudly right next to the missing elk carcass. Part of the elk was taken for evidence, as well as the GPS location. 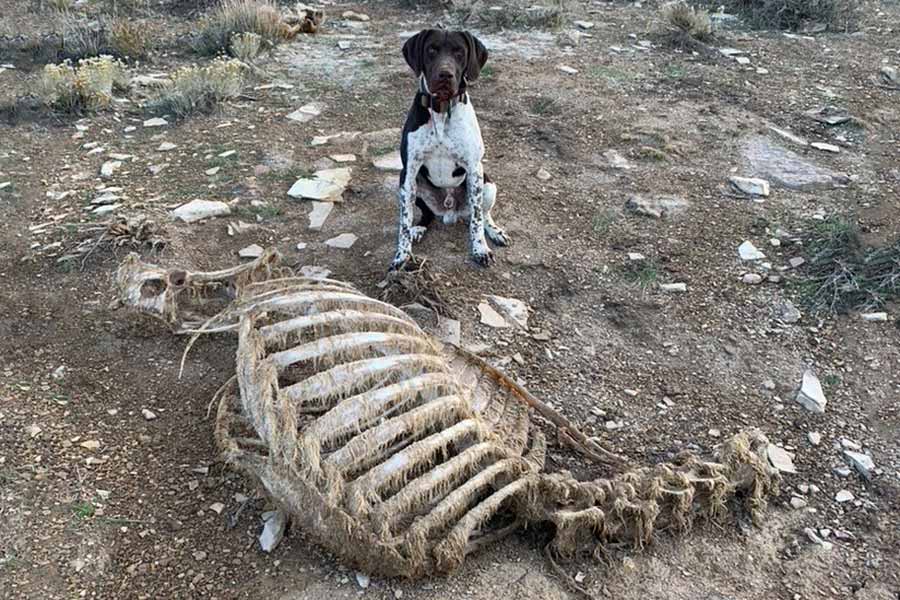 Returning early the next day for further examination in daylight, the investigating officer responding to the scene found upon arrival that the elk had been removed. Shoe prints found at the scene were later tied to the suspect — who had removed the elk — and were used to help in the prosecution of the case.

"I'm proud of the work I've been able to do with my dog and the difference he has made in several of these instances," Brimhall said.

If you ever suspect illegal activity involving wildlife, please report it to a DWR conservation officer using one of the following methods:

Faith Heaton Jolley has worked for the Utah Division of Wildlife Resources since 2019. She lives in Salt Lake City, but enjoys getting outdoors and often goes hiking, camping, skiing and traveling with her husband, daughter and son.