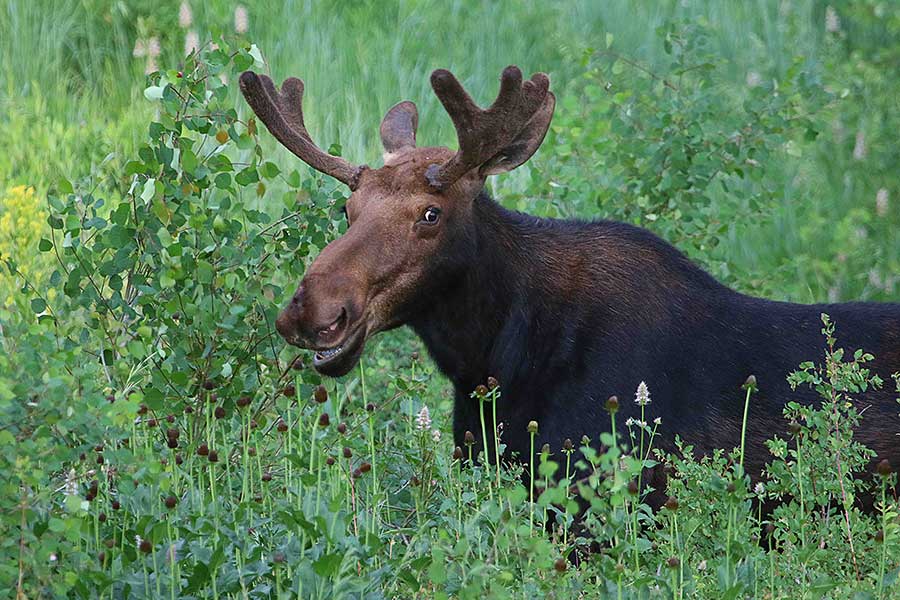 SALT LAKE CITY — The Utah Division of Wildlife Resources wants to remind the public of a few safety tips when recreating outdoors around wildlife after a woman was injured during a moose encounter Sunday afternoon.

The incident occurred around 2:15 p.m. along the Bloods Lake Trail in the Bonanza Flat area. A family was hiking in the area with their leashed dogs. While hiking, they encountered a bull moose laying down, and the dogs startled it.

When the moose attempted to flee the area, it lowered its head and brushed past the woman, causing her to fall and hit her head. Medical personnel were dispatched to the scene, and the woman was transported via ambulance to the Heber Valley Hospital for the head injuries sustained during the incident.

DWR conservation officers also responded to the scene, but were unable to locate the moose, due to the thick brush in the area.

Because of the recent cooler temperatures, many people are getting outside to enjoy hiking and beautiful scenery this fall. Hikers should be mindful that moose cows with calves can be aggressive in the spring and summer, and bull moose may be especially aggressive during the fall breeding season. Moose often feel threatened when people or dogs get too close, which can make them aggressive and lead them to charge, knock someone over and stomp on them.

Some physical warning signs that a moose may become aggressive include:

Here are a few safety reminders when recreating in areas with moose (which includes much of the mountain areas along the Wasatch Front):