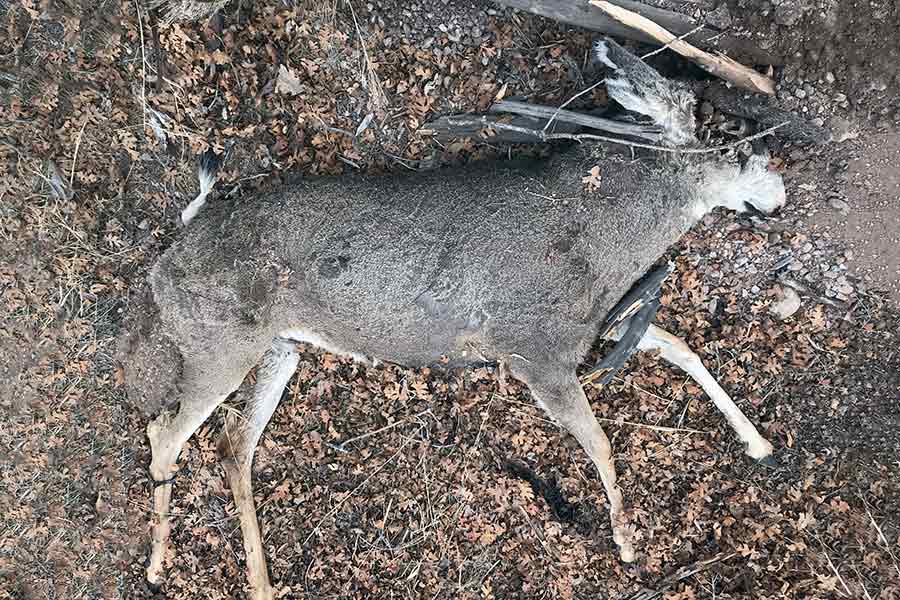 Due to clerical errors, the total monetary value of the animals illegally killed in 2020 was inaccurately stated in the initial version of this news release. This number has been updated to reflect the accurate total.

Millard County — In late January, two mature mule deer bucks were poached on the Fillmore-Oak Creek limited entry deer unit in south-central Utah. Whoever killed the deer hacked off their antlers and then tried to hide the animals under woodpiles.

Conservation officers with the Utah Division of Wildlife Resources are seeking your help to find those involved.

DWR officer Stetson West investigated the scene near Clay Springs Road in Millard County. He found evidence that a rifle was used to shoot and kill both bucks. Both sets of antlers had been removed, and the remainder of the carcass were left to waste. The cape had been removed from one of the carcasses, indicating it may have been taken to a taxidermist. In what was probably an attempt to avoid detection, the suspect(s) buried the carcasses of both bucks under woodpiles.

Anyone with information regarding this illegal act, the illegal killing of protected wildlife in Utah, or any other wildlife-related crime is encouraged to call the Utah Turn-in-a-Poacher hotline at 800-662-3337. Additional ways to share information with officers are available at https://wildlife.utah.gov/report-a-poacher.html.

Rewards are available and requests for confidentiality are respected.

Every year, Utah conservation officers conduct numerous investigations into the illegal killing of wildlife. In 2020, officers confirmed more than 1,000 illegally killed animals valued at more than $387,000.