Conservation, management is a top priority for Utah wildlife managers.

In February 2013, Gov. Gary R. Herbert authorized the Conservation Plan for Greater Sage-Grouse in Utah. It was a detailed, scientifically based plan that established goals and measurable objectives for the conservation of greater sage-grouse in Utah. As a result of that plan and other ongoing conservation efforts — including similar state-led efforts across the West — the U.S. Fish and Wildlife Service (USFWS) announced on Oct. 2, 2015 that greater sage-grouse are "not warranted" for listing under the Endangered Species Act. 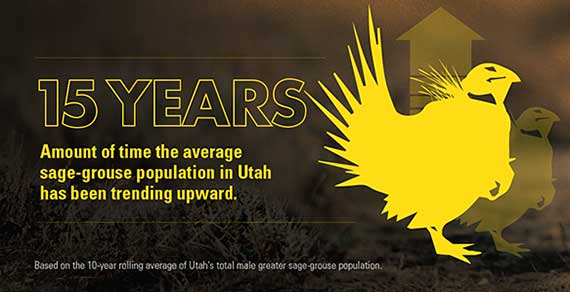 Gov. Herbert ordered state officials to coordinate with stakeholders in 2017 to review that 2013 plan, and to ensure that Utah's conservation efforts continue to incorporate new and best-available science, data and knowledge. This Utah Conservation Plan for Greater Sage-Grouse (Plan) is the revised and updated outcome of that stakeholder review process. It effectively: 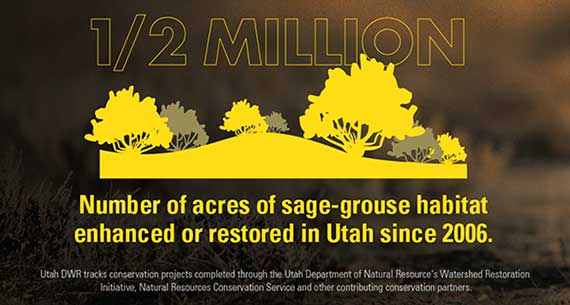 The goal of this Plan is to protect, maintain and increase sage-grouse populations and habitats within Sage-Grouse Management Areas (SGMAs). That goal will be accomplished by meeting the two primary objectives of this plan, which are to:

To meet those objectives, this Plan identifies strategies to address localized threats to sage-grouse populations in Utah. Those strategies include — but are not limited to — the following: 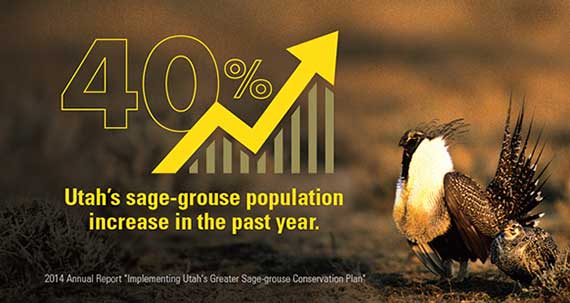 With the ongoing commitment, innovation and collaboration of the State of Utah and its many conservation partners, this Plan will continue to conserve sage-grouse and the habitats upon which they depend, while still balancing the socioeconomic needs of the people of Utah. 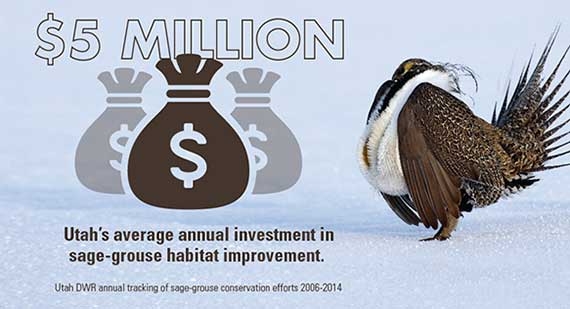