Cottontails are found across Utah, and they live in terrain that is fairly easy to hunt.

"Cottontails are fun to hunt," says Jason Robinson, upland game coordinator for the Division of Wildlife Resources. "And you don't need a lot of equipment to hunt them." When you find a pocket of rabbits, you should be in for a good shoot. 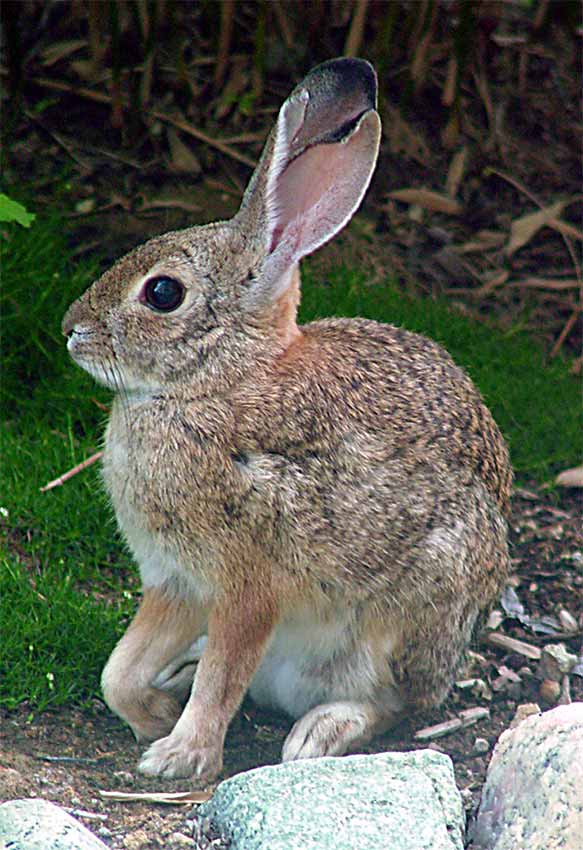 Robinson says rabbits typically live in two types of areas in Utah — areas that have brushy, dry washes with lots of tall sagebrush or rabbit brush in them, and areas that have lots of rocks and rocky outcroppings.

"Cottontails hide in burrows," Robinson says. "Draws that have tall sagebrush or rabbit brush in them also have loose, deep soil that the rabbits can dig in. Rabbits will also burrow under large rocks, or they'll hide in the crevice of a rock."

Unlike jackrabbits, which can elude predators by outrunning them, cottontails need the help of broken terrain to stay hidden. That's why you'll usually find cottontails in hilly areas rather than on flatlands.

Cottontails feed early in the morning or later in the afternoon. Between those times, you'll usually find them resting and sunning themselves near or under brush that isn't far from their burrow. If they're using a rock to burrow under, they'll often sun themselves on a flat piece of rock.

Robinson says areas covered with sagebrush in Box Elder, Tooele, Juab and Millard counties are popular and good areas to hunt. "These areas are fairly close to the Wasatch Front," he says, "and they can provide good hunting."

Robinson says early morning and late afternoon are the best times to hunt cottontails. "That's usually when the rabbits feed," he says. "In order to feed, rabbits move away from their burrows and into areas where it's easier for you to see and pursue them."

One of the best ways to hunt cottontails is to space the hunters you're with several yards apart and then walk in a straight line through the area you're hunting.

Cottontail rabbits have excellent hearing, so make sure you move slowly and quietly. As you walk, pay close attention to areas where rabbits might be feeding or resting, such as near sagebrush plants and rocky outcroppings. 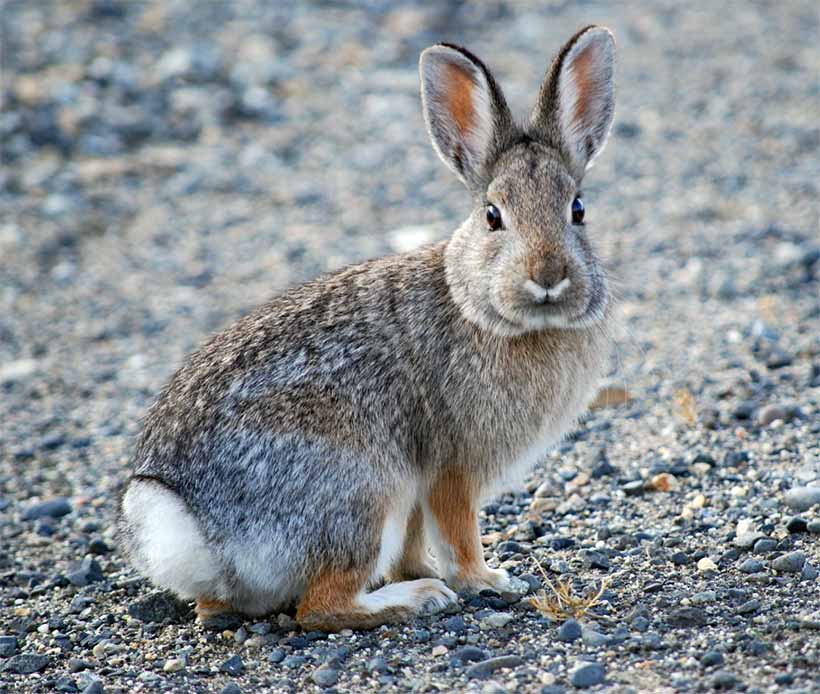 Robinson encourages you to wear hunter orange. "Orange won't scare the rabbits away," he says, "and wearing hunter orange makes it easier for other hunters to see you."

Small-caliber rifles, such as the popular .22 and the newer .17, are excellent firearms for hunting rabbits.

Shotguns with No. 6 lead shot are also a good choice.

"Rifles are best if you plan on stalking rabbits and then shooting them before they move," Robinson says. "If most of the rabbits you see will be flushing and running away from you, shotguns are a better choice."

In addition to a small-caliber rifle or a shotgun, the following is a list of basic rabbit-hunting equipment: